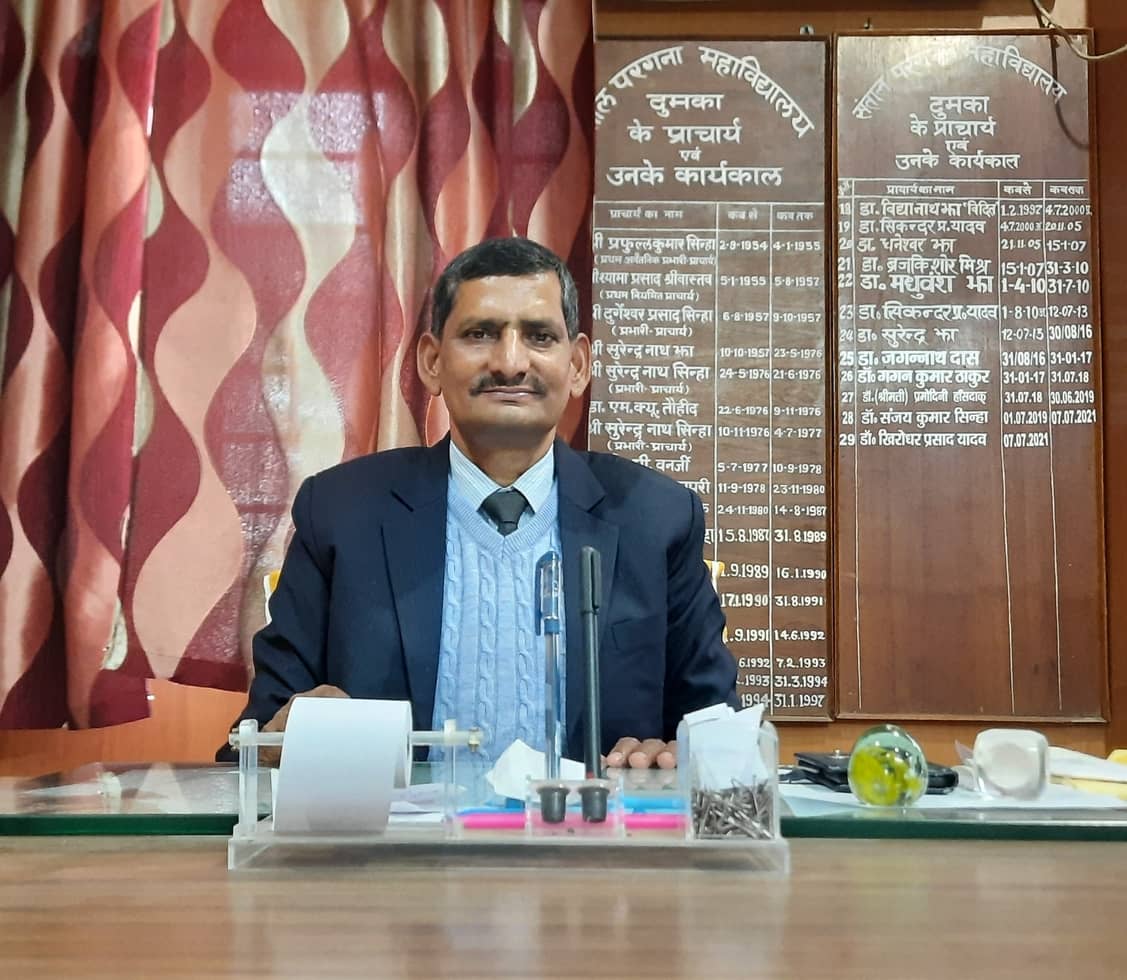 Welcome to our Premier institution – Santal Pargana College, Dumka established in 1954, the college has a continuous record of standard teaching, fair examinations, and strict discipline for the last 66 years. Established with the efforts of the then Member of Parliament & Freedom Fighter Late Lal Hembrom, Late Ujjwal Kumar Ghosh, the then Deputy Commissioner Santal Pargana, Late Maheshwar Prasad Jha, an eminent advocate, Late Thakur Prasad Daruka and the then Principal Sri Prafulla Kumar Sinha, and other enlightened citizens of the town; the college has never looked back. The college has a list of distinguished Alumni in the form of eminent Teachers and Professors, Judges of the High Court, Administrative Officers, Lawyers, Scientists, Media Personalities, and Public leaders.

Situated in the natural environment of hills and jungles, this college is doing a great national service by spreading quality education in this extremely backward area. Besides Honours & Post-Graduate courses in almost all subjects, we have also started vocational courses such as B.Ed, LLB, BCA and BBA with fully equipped laboratories and rich library. It was not without reason that the Vice-Chancellor of Bihar University, Dr. Dukhan Ram had declared it as a “Model College” as far back as 1960 and Dr. Zakir Hussain had described it as “A diamond in the rough”. The college was converted into a constituent college of Bhagalpur University in 1975. In 1992, the Sido Kanhu Murmu University was established, since then it has been regarded as the premier college of the university.

We impart education in the atmosphere of discipline. We believe that the students must get the opportunity of all round development – Physical, Mental, Moral and Spiritual. Therefore, we are determined to develop among the students, the capacity discrimination which comprehends the difference between milk and water like a swan – नीर क्षीर विवेकिनी विद्या. We teach our students to be independent in thinking, obedient to parents and teachers and strongly determined for achieving their aims. We also prepare them for a continuous struggle till they reach their goal – “उत्तिष्ठ, जाग्रत, प्राप्यवरान्निबोधत” Arise, Awake and stop not till the goal is reached.